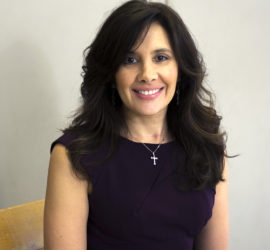 One of the panelists who participated in this spring’s Say Yes to Holiness Tranformation Online Summit was Dianne Davis. Dianne is Director of Mission Expansion for ChristLife. In this special episode of the Say Yes to Holiness podcast, Christina and Dianne continue the conversation begun during the Say Yes Summit as they discuss Dianne’s work as part of the ChristLife team that is working to help people have an encounter with Christ, and then accompany them as they learn how to deepen that encounter and eventually share it with others. ChristLife’s story began with Dave Nodar, a Catholic layman, who […] 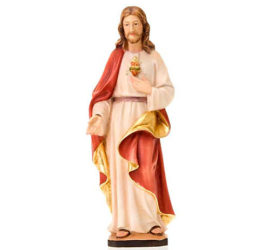 Recently, I came across the Holy Art website that sells small devotional statues, and I was prompted to get a this small statue of the Sacred Heart of Jesus. This statue now sits just above my writing space and I have found it to be of great inspiration as well as encouragement. How you might ask? The inspiration is rooted in the beauty of the small statue itself. It is evident that great attention to detail was taken as it was hand-painted in a variety of colors, and the hand reaching out to me inspires me to do my best […]